An unconventional perspective on happiness and meaning 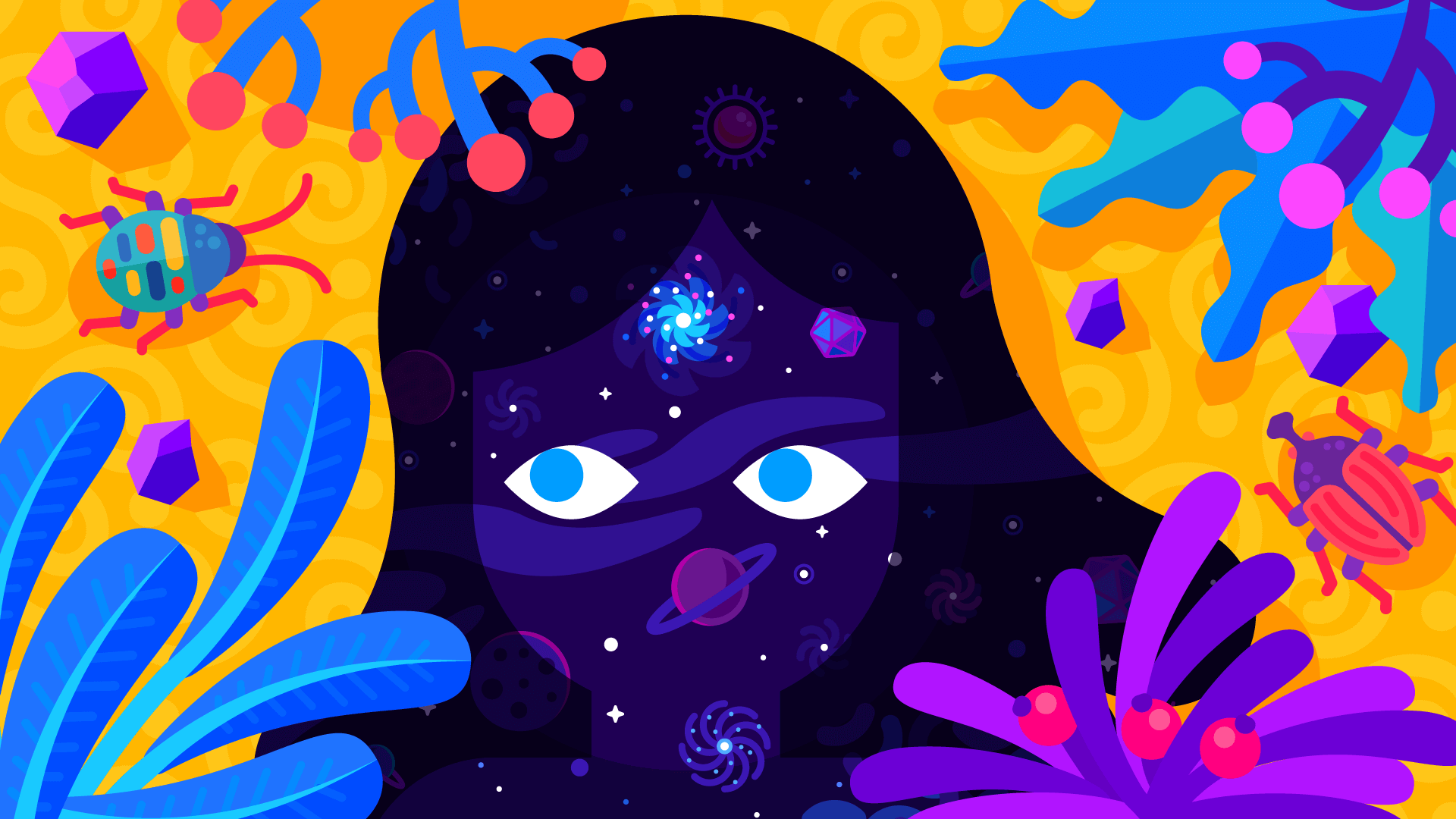 A quick note: I wrote this all when I was younger (2019), and its from thoughts that I had been developing even before that (probably between ages 12 and 16). My thoughts on these topics have changed/evolved a lot but I still agree for the most part with everything that I wrote here.

Everything I wrote below is a combination of my own thoughts & observations and things that I have read/discussed with others.

Everything on this page is also operating from a non-theistic standpoint. This is not because I'm an atheist (I'm not), but because I think that it is more productive to talk about these topics through such a lens.

If you don't want to read the whole page at first, there is a quick TL;DR at the bottom!

I think that the concepts of happiness and meaning are very closely intertwined. Often, people derive a sense of happiness from a sense of "meaning" in life or a lack thereof. From observation, I have noticed different levels of understanding and different viewpoints about the meaning of life which then influence people to have different perceptions of happiness.

One of the most common perspectives on life is the herd instinct. The herd instinct is the natural instinct that people have to follow what others are doing. In the context of everyday life, this means just doing what everyone does. That's not to say that you just do anything that someone else tells you without question; of course, no one is going to do that. Rather, the herd instinct refers to the instinct that causes people to do things without asking themselves why.

For example, we often strive to get good grades in school, go to college, get a "good" job, and settle down with a family. However, few people question why they are doing these things on a serious level. Instead, they opt to strive for the goals that other people set for them without batting an eye. What do these things actually accomplish from a long term perspective?

This is obviously a very alarming and scary conclusion but is a very strong case to be made. After all, everything that led up to the idea that "life is meaningless" is true. Humanity WILL eventually die off, you WILL be forgotten eventually, and EVERY impact that you had on ANYTHING will eventually vanish as if you never existed. Sounds pretty depressing right? Don't worry I'll talk about how it's actually not depressing later, but for now, let's be depressed for a bit 😂.

When people come to the conclusion that life is meaningless, there are a few common responses: 1) hedonism and 2) trying to hide from the realization.

One common reaction is to give up on all morality. People often think something along the lines of "if life is meaningless, then it doesn't matter what I do with it." As a result, they turn to immorality as they indulge themselves in partying/drinking frequently, drugs, (even murder and other cruel/illegal activities at the extreme end) and general disregard of values (I'm not saying that these things are terrible, many of them are fine in moderation, but doing them to excess is problematic). Honestly, if life is meaningless, then there's technically nothing wrong with the mindset of hedonism, right? We might as well just pursue our short term pleasures if that's all that matters, right? We'll have to see.

Trying to hide from the realization

Many people are incredibly disturbed by the idea that life is meaningless. However, instead of getting rid of their moral values, they decide to ignore their realization and go back to the life that they have always lived. Thoughts about the meaning of life will inevitably come back to disturb them at different times throughout there life (I think this is basically the category of realization from which mid-life crises stem from: people realize that their life is finite as they are approaching halfway through and they get alarmed when they think about what they have done with it).

I have personally thought about many of these points, and at some point, I have been a member of all of the categories I talked about above to a certain extent. However, after further thought and questioning, I have started to see a far more positive light on the issue.

I believe that thinking about the meaning of life requires looking at the topic from an unconventional perspective. When people generally think about the meaning of life, they think about it from the perspective of the long-term impact that they will have on the world. People assume that in order for life to have meaning, they must have some long-term purpose. Where does this assumption stem from though? Is there any reason that we must have a purpose? I understand and agree that feeling a sense of being needed is something that contributes to happiness, but this is not the same thing as the feeling that you have a purpose (I'll also talk about the difference between these concepts soon).

I believe that there are numerous other metrics for evaluating the meaning of life as opposed to long-term impact. In my opinion, the most important of these is happiness. Happiness is the feeling that brings meaning to life. If you could achieve a state of happiness at almost all times, wouldn't that be worth living for? I don't think that life is only worth living if I have some external purpose. In my opinion, happiness is a feeling that spans so many aspects of life and explains many common perceptions.

For example, I'm sure many people have heard parents say that "children bring meaning to their lives" or "love brings meaning to their life." These are effectively statements centered around happiness. Love and relationships are all involved with a sense of belonging which results in happiness. This also ties into the point before about being needed. The feeling of being needed (kind of like a short-term/lifelong purpose) adds "meaning" and happiness to people's lives.

There are numerous ways to achieve happiness. At first, it may seem like my argument that happiness is part of the meaning of life is in fact in support of hedonism. Hedonism leads to short-term pleasures, so doesn't this mean that we will be happy if we follow it? No. I think the flaw in hedonism is that it sacrifices long-term happiness for short-lived happiness. You might get happy off a high, or after drinking, or after doing something with a general disregard for values, but your actions will eventually come back to inhibit your happiness.

In the end, I think there are a number of ways to achieve true happiness that is lasting and worth living for. This is the area where fields of thought and articles like Hayley's article about happiness, Stoicism, Vedanta, and other philosophies become incredibly useful. If happiness is in a sense the meaning of life, then we just need to become good at attaining this happiness. This is a skill that can be learned.

Thus, I believe that although life may seem meaningless from the context of long-term goals, I believe that it is something truly worth living and experiencing when you think about it from the perspective of happiness.

Finally, the idea that we might not necessarily have a long-term purpose in life might sound depressing. However, after further thought, I think that this idea is incredibly beautiful and liberating. After all, this means that there's no one breathing down your shoulder telling you what to do. No more worrying about living up to expectations, no more getting down on yourself for not following "your purpose." There's no one that you have to live up to, and there's nothing that you HAVE to do. Life is what you make of it and you can do with it what you want to. YOU set your own goals and YOU execute on them. YOU know (or can figure out) what brings you happiness and contentment. The point is that you can basically do with life what is fulfilling and "meaningful" to you. Basically, this idea gives you complete freedom. I think that this is an incredibly motivating thought, something that always has me striving to try my hardest and put my all into everything I do, and I hope that other people also see it in the same light!

TL;DR: Personally, I disagree with the idea that life has no meaning. I agree that if you look at what we do from the perspective of our long-term impacts, then you will come to the conclusion that life has no meaning. After all, everyone will die, you will be forgotten, and humanity will eventually come to an end. However, I think that there are other metrics to determine meaning rather than lasting impact. For example, I believe that happiness in a sense brings meaning to life. If you can be happy, then isn't life worth living. Why should there be an ultimate purpose to things? Can't you just enjoy them as they happen (again going back to Naval's point I guess) and accept them for what they are? Also, I think the idea that we are not working up to any ultimate purpose is very liberating.