A thought experiment on conscious perception and non-duality 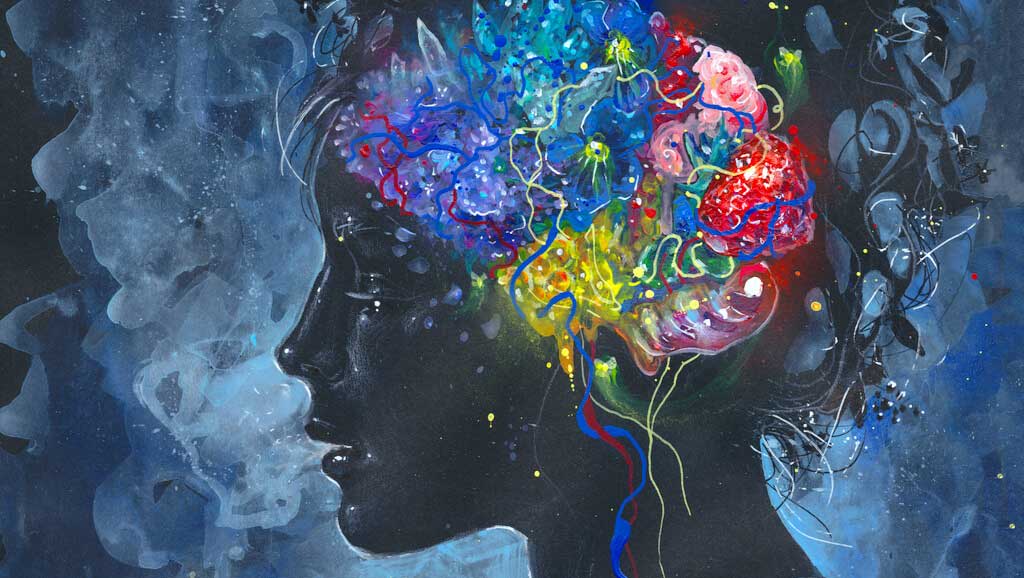 This is more a thought experiment than it is a rigorous proof or argument for any specific claims. I speak about the topic with conviction for the sake of doing the theory justice and am not claiming that all of this is set in stone.

I'm going to try to show you that everything going on around you is taking place inside your head. I don't mean this in some kind of esoteric way and no, I'm not talking about the matrix. What I mean is that everything that you observe through any sense is contained within your consciousness.

Before we start, let me clarify the following: this isn't some kind of pseudoscientific theory, and this isn't something that you have to accept without understanding it in order to believe it. You can prove it through your own direct experience. So you won't need to take my word for anything. Also, disregard the flashy hook. I promise this isn't as crazy as it may seem (although it definitely has many interesting implications).

This is because we all directly experience consciousness, so we're able to understand it to a certain degree. Because of this, I find that's it's the most productive (at least for the sake of this topic) to make claims about consciousness based on direct experience, rather than theory. By doing this, everyone is equally capable of validating any such claims.

Let's start with the most obvious conscious experience that all of us have: the experience of thinking. You might find that this is already intuitive, which is great. I just want to bring your attention to a few things important points.

We often feel that thoughts are taking place in our head. When you think about something, you're aware of yourself thinking. This is a perfect example of something that happens within your consciousness, and I'm sure that you can either take this for granted or prove it through your own experience (just think about anything, and then think about whether you agree or disagree that this is a conscious experience).

Thinking is a conscious experience because it's entirely self-contained. This doesn't mean that it's not influenced by outside factors. What it means is that the actual process of thinking and your awareness of your own thinking takes place fully within your consciousness.

So now what. We agree that thinking is a conscious experience. But that doesn't really say much right? I mean most people already take this fact for granted, so it's not like we just proved some crazy theory. Let's move on to the other senses, which might pose more of an obstacle to understanding.

The next claim I'm going to make might be a bit harder to swallow. I wan't to show you that all of the senses are conscious experiences in the same way that thinking is. That is, your perception of all sensory input takes place entirely within your consciousness.

Observe what you're experiencing (or if you didn't actually play something, then I guess imagine what you would experience). There's almost a sense of the sound being played in your head, right? It's like there's some space in your head where you are aware of the sound. Would you agree that you are conscious of the sound?

More importantly, think about what you are experiencing. Specifically, think about what the feeling of hearing is at its core. This is the most difficult point to consider, because we often take the feeling of senses for granted. There's not much more room for me to make subsequent claims, other than to make the claim at this point that hearing is taking place entirely within your consciousness. Hopefully this makes some sense. Don't worry if it doesn't, if often takes a while to think about this and decide whether you agree or not.

In the same way, taste, smell, touch, and sight all take place directly within our consciousness. I'll skip over taste and smell because they're somewhat less significant senses to our experience and I don't wan't to be redundant.

However, after some thought, I came to the same train of thought as with hearing. When thinking about the essence of what I feel when I touch something, the only possible explanation was that touch was a conscious experience.

Since touch is something purely subjective, and it would be impossible to explain what the feeling of touch would be like to someone who has never experienced it, it must be the case that this experience occurs directly within consciousness. I realize that this is not as strong of a justification, and it's alright if doesn't make sense. The integrity of the points in this article is not dependent on this specific example.

Finally, we come to the most difficult of the senses to conceptualize as a conscious experience - vision. Because humans have evolved so closely with vision, the sense has become virtually inseperable from our regular experience and we take it for granted. When you're looking at something, it's difficult to even begin to believe that what you are seeing is "within your consciousness."

When I thought about this idea, my immediate response was to reject it. The common tendency is to think of vision as an outward sense moreso than the rest of the senses. In other words, it feels like I'm seeing things that are outside of my body. But then I realized that this idea is not contradictory to the concept that vision takes place entirely within my consciousness.

I won't go through the whole explanation of why vision is within consciousness again for the sake of not being repetitive, but you can follow the same line of reasoning as before. For example, the feeling of seeing something is impossible to describe to seomeone who has never seen, as it's entirely subjective. Thus, the experience is direclty within your consciousness in a literal sense.

At this point, I've attempted to give a surface level introduction to a justification for all of the senses taking place directly within our consciousness. Again, it's completely fine if most if not all of this doesn't entirely make sense right now. It naturally takes a while to even form an educated opinion on this topic. However, with a bit of thinking and observation, I promise this concept starts to actually make sense (in a completely rational way)

For those who are interested in diving deeper (and seeing if you agree or disagree), I highly recommend the Waking Up course. This is how I came to think about many of these topics and it also serves as a great introduction to the process of thinking about the nature of consciousness.

The implications of all perception taking place within consciousness

If we are to believe that all perception takes place within consciousness, there are some very interesting implications.

1. Consciousness and nonduality
First, the concept of nonduality has a completely new meaning and reasoning behind it. Nondualism is the belief that separation is an illusion and that in reality, there is nothing outside of yourself in the universe. With our new perspective on consciousness, this idea changes from an esoteric metaphysical theory to a literal truth.

If we take it to be true that all of experience takes place within consciousness, then there is nothing (in your experience) other than yourself by definition. So everything really is one in a literal sense. It's easy to have an aversion to this concept because of how we often conventionally think, but at face value, it actually makes sense (given our assumption).

2. Omnipresence of God through consciousness
We can make some more interesting observations by turning to a common philosophical definition for God (for the sake of drawing conclusions). Some philosophies and people believe in God neither as a father figure, nor some kind of humanoid power in the sky, nor any other such religious imagery, but rather as the source of all consciousness. This isn't unreasonable if we are to believe that consciousness is something that came from an original source (in the same way that we believe all particles in the universe originated at the Big Bang). It's important in this case to untether the definition of God we are using in this context from the conventional meaning of God.

However, once you step outside that domain, the observations that were made within our conscious experience no longer hold true. Thus, in trying to explain anything outside of the bounds of consciousness (for example, the nature of consciousness itself), scientific observation may no longer hold true. The implication of this idea is that it's reasonable to believe that there is some room for concepts that we cannot explain.

This concept is treading a fine line. Of course, it doesn't mean that we can justify all unfalsifiable things with this argument. There's obviously a very real need for balance here, and this should be taken more as a thought experiment than as a reasonable justification for anything. However, it poses an interesting rational for explaining the existence of the unexplainable.

I hope that this article has served as food for thought and is worth consideration. I don't expect that it's changed your perspectives drastically, but I hope that it's at least open your mind to a set of new and interesting possibilities. Thanks for reading.

If you enjoyed this post and want stay up to date with what I'm writing and working on, be sure to drop your email below!